It’s chic, it’s exciting, and it’s unlike anything else on the island. OMNIA Dayclub in BALI, and we’re going as far to say that this is the hottest new party destination around. Here’s why.

Sure, Bali has plenty of fabulous beach clubs lining its glittering shorelines (and we can’t get enough of them, naturally). But Bali’s newest sunshine destination isn’t just another name to add to that ever-growing list. Oh no siree. OMNIA Dayclub Bali, Uluwatu’s newest sky-high destination, is in a class all of its own – a new breed of island decadence that’s shining an international light on Bali’s luxury lifestyle scene. Here’s why you need to add it to the top of your Bali bucket list, stat.

Reason one: The sky-high rep

Not just another island-grown name, OMNIA Dayclub Bali is brought to us by none other than the unstoppable Hakassan Group – one of the world’s most progressive hospitality brands that’s responsible for the global Michelin-starred Hakkasan restaurants and the string of Herringbone restaurants in the US. And that’s before we even mention its all-star collection of nightclubs. The Las Vegas OMNIA flagship is right up there with the world’s greatest nightclubs, and it comes with a star-studded musical roster that features today’s most in-demand DJs.

Reason two: It’s an international first for Bali – and the OMNIA brand

Get ready to roll out the superlatives, because OMNIA Dayclub is Bali’s finest and most luxury dayclub offering – the first of its kind on the island. There’s nothing casual about this one: it’s chic, glamorous, exciting and completely without peer or competitor. And if that wasn’t enough, it’s also an international first for the brand itself, because OMNIA Dayclub Bali is the only daytime destination with the OMNIA name. Swit swoo!

Beginning with OMNIA’s signature five-star service, and finishing with the VIP Cabanas and umbrella-punctuated sunbeds, it’s all about lounging like a celeb here. It’s a new world of daytime indulgence, where you can sip on cocktails by a glittering infinity pool that curves to meet endless ocean views, or plunge into your own dip pool at the exclusive private Bungalows, situated directly behind the DJ Booth to offer next-level luxury and insider access. Whatever spot you decide to sip and sun in, you can be sure you’ll be treated like a celeb, right at the heart of Bali’s best new pool party scene.

Perfectly placed on the stunning limestone cliffs of Uluwatu, OMNIA  Dayclub Bali is a showstopper in every way – and its million-dollar views are second to none. The dayclub and its scrumptious Japanese restaurant, Sake no Hana, have been meticulously planned to maximise the panoramic views of the sparkling Indian Ocean, 80-metres up on a sky-touching plateau. Move aside, Cloud 9 – we choose OMNIA! With gorgeous views and a world-class concept must come an extraordinary design, and OMNIA Dayclub Bali has delivered on that account too – in a very big way. The ultra-chic interiors and near-impossible architecture are the result of two internationally renowned design powerhouses: WOHA, a Singapore-based company known for its deft integration of environmental and social principles, and Rockwell Group, a multi award-winning interdisciplinary firm based in New York. Just one look at OMNIA Dayclub, and you know this is the work of serious professionals. 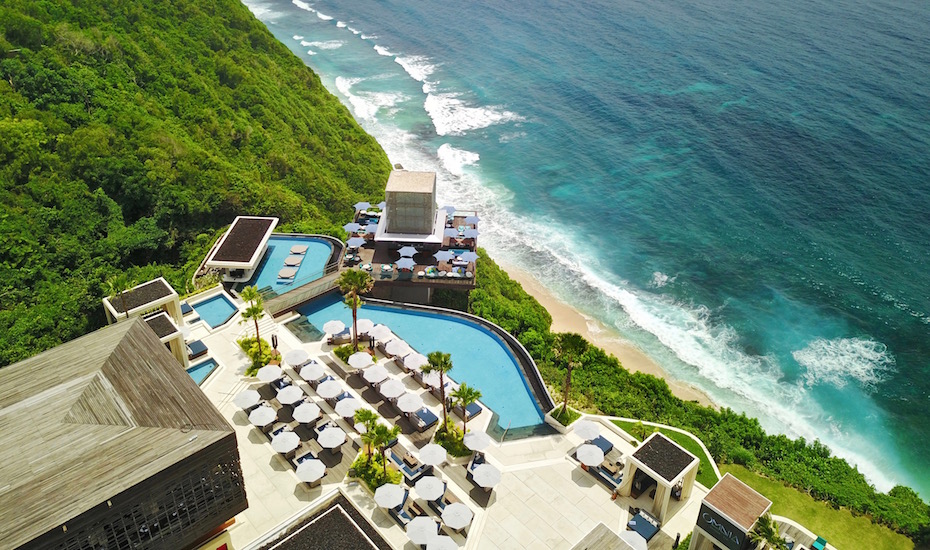 At the culinary heart of OMNIA Dayclub Bali is Sake no Hana – the modern Japanese restaurant that first originated in central London. Its philosophy is anchored around the word “shun”, which basically refers to any moment of utter perfection, when everything is at its peak. Well, Sake no Hana is exactly that, framed by nature and open to the elements with its al-fresco, latticed space perched above it all, merging seamlessly with the buzz of the main lounge below. 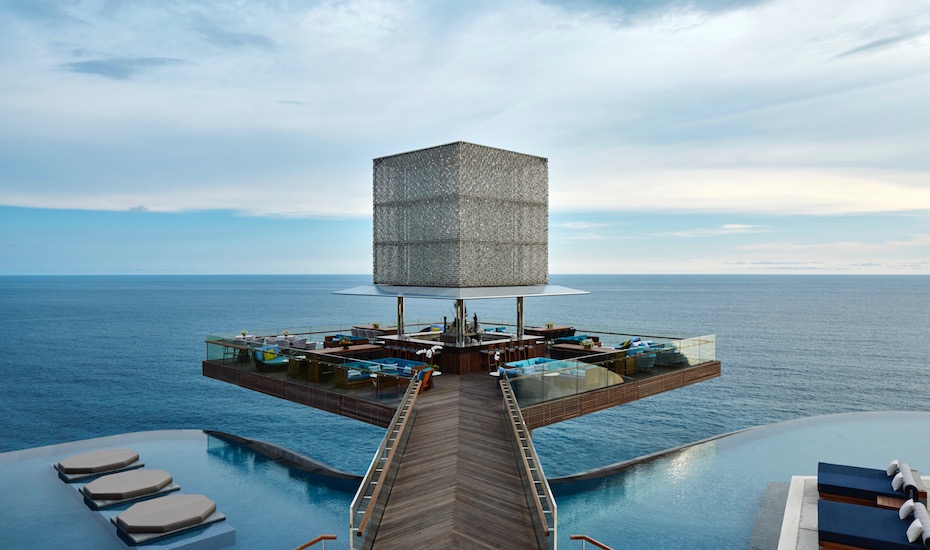 A cinematic piece de resistance, The Cube is OMNIA Dayclub Bali’s visual masterpiece that’ll be featuring on Instagram feeds across the world. It’s a cubic tower of shimmering silver that comes to life after dark as it lights up the horizon. Hands-in-the-air sunset snaps: incoming.

With music as the heartbeat of the OMNIA brand, the programming schedule for poolside beats at OMNIA Bali is shaping up to make the 2018 high season one not to miss. Through Hakkasan Group’s close relationships with some of the most talented artists and biggest names in the business, expect an unparalleled roster of talent never before seen in Bali. The official programming will commence in April, so keep your eyes peeled for the Grand Opening Party that’ll knock your dancing socks off!

Nearby from "OMNIA Dayclub First Look"